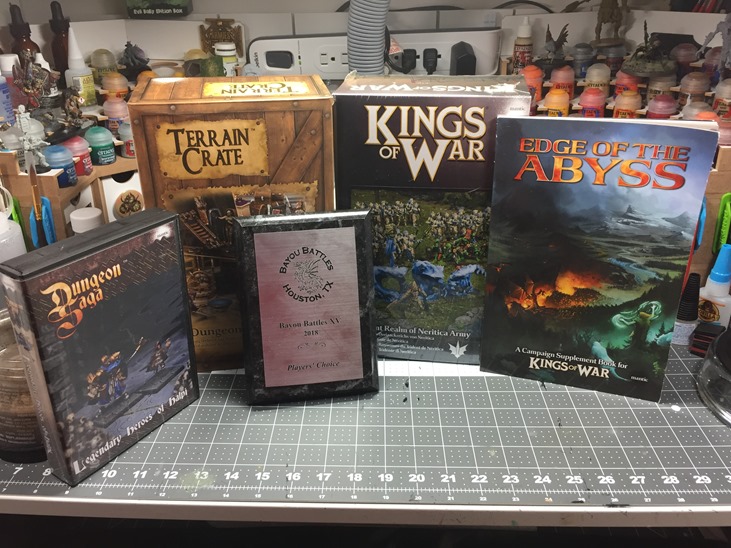 Not a bad Haul form bayou this past year.  The dungeon saga box was what I got as a door prize, I also got the battlefield deck from mantic as a door prize.  The terrain Crate was for the Avatar competition, and I actually got a Chronos model as the Player Choice award, but I traded with my friend Dustin ( he has a thing for large critters…) and got the Trident Realm army box, along with the Edge of the Abyss book.

Here is a bit closer of a look at some of the stuff in the terrain crate box.  Lots of cool bits and pieces.  I already have plans for a few of them… 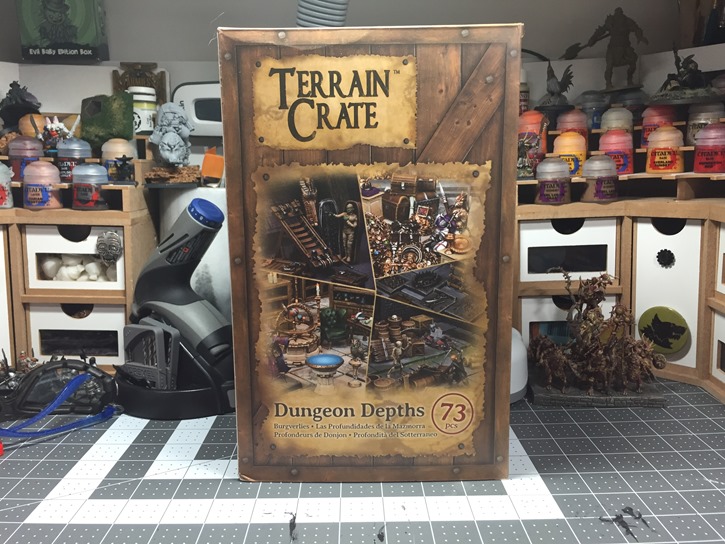 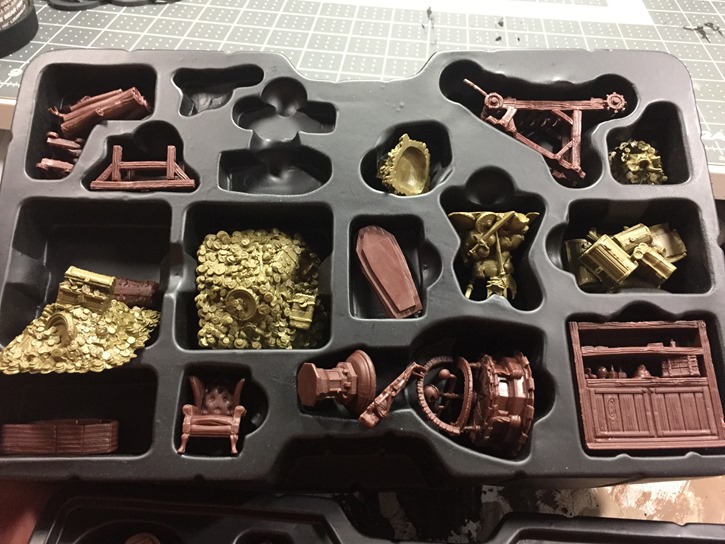 Two layers of plastic inserts in the box,  Here is layer 1 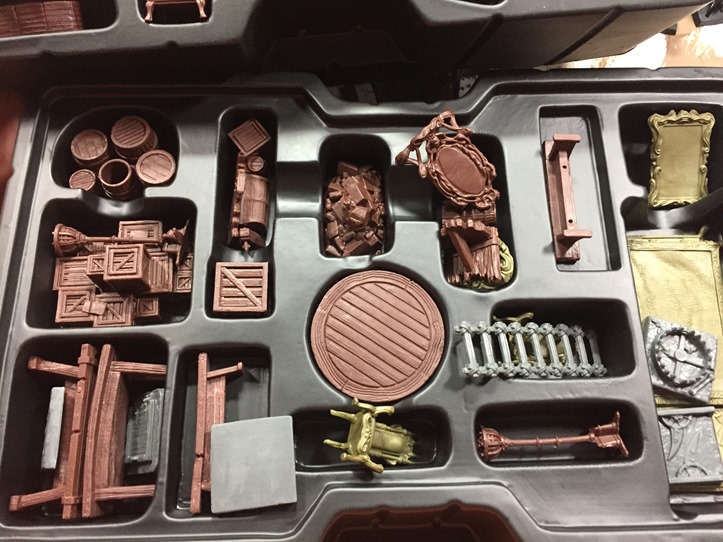 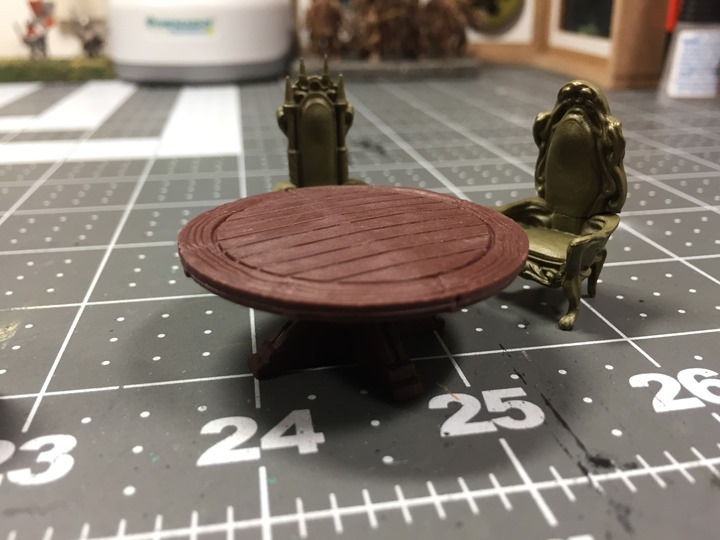 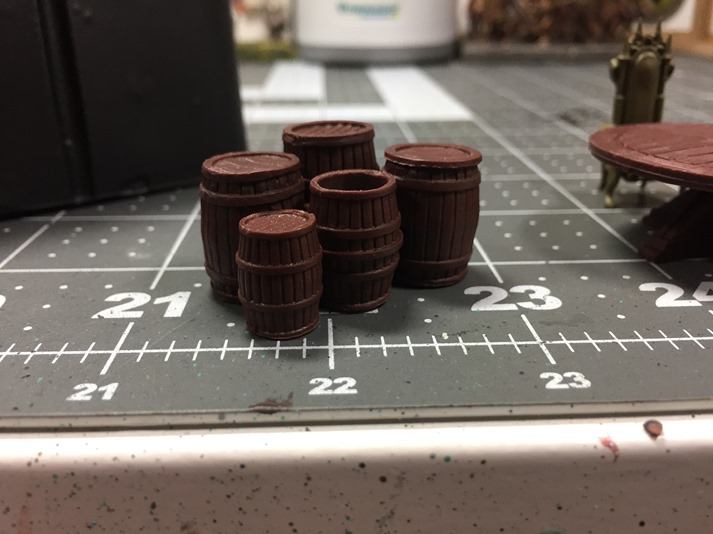 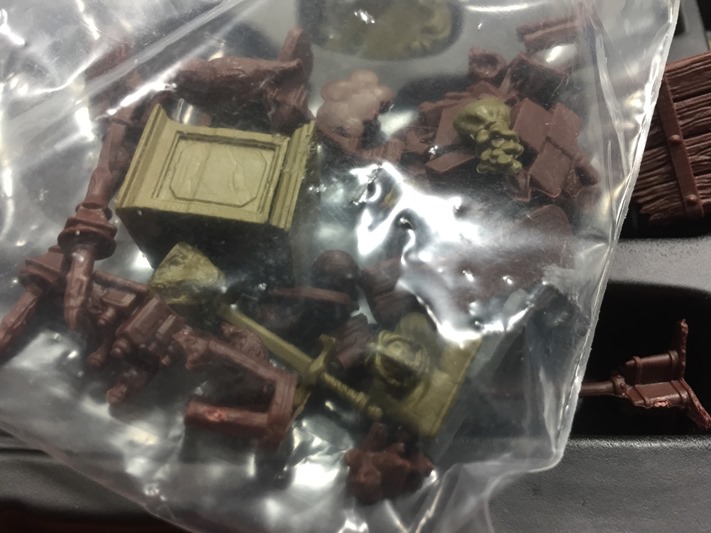 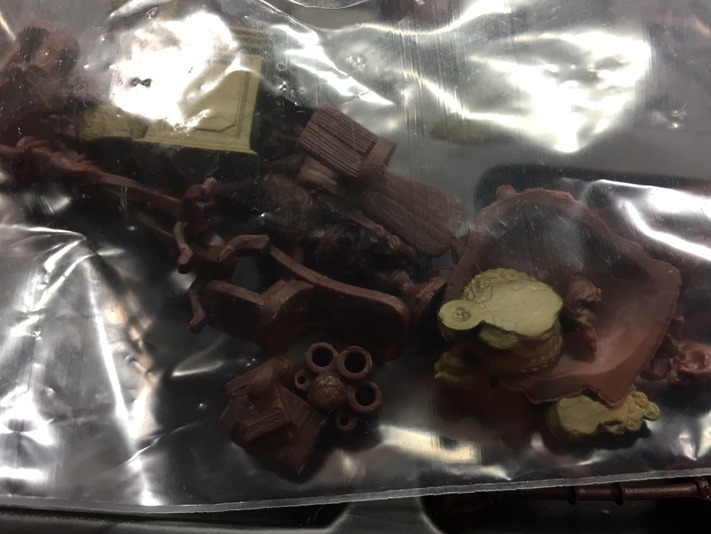 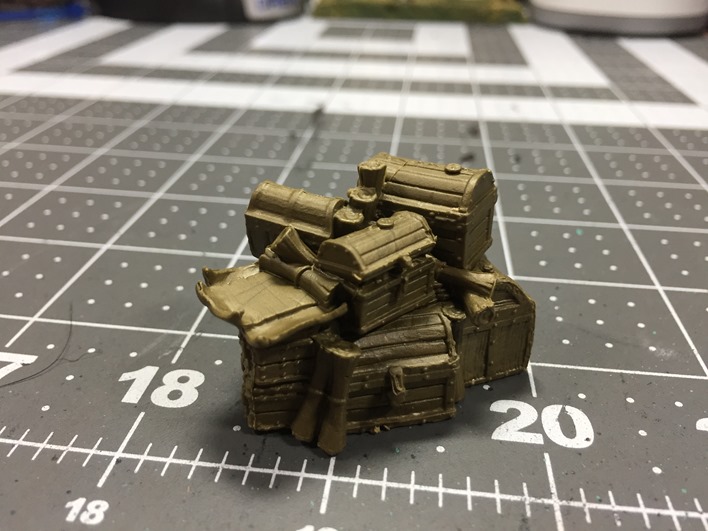 hmmmm, this may work for something I was planning on for Rhordia… 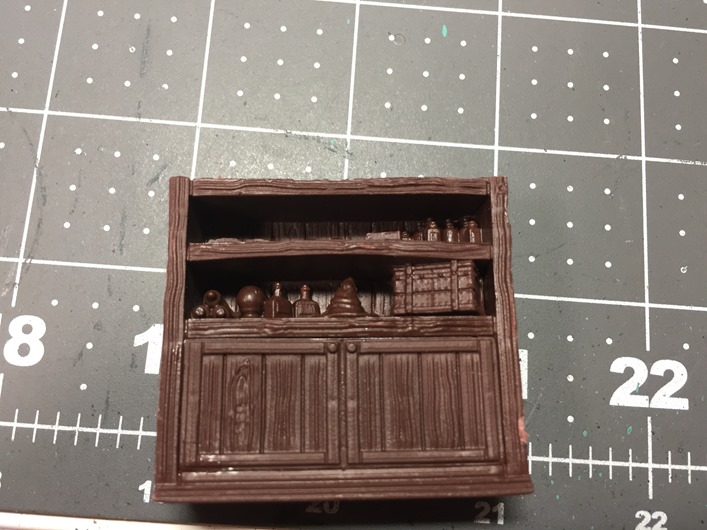 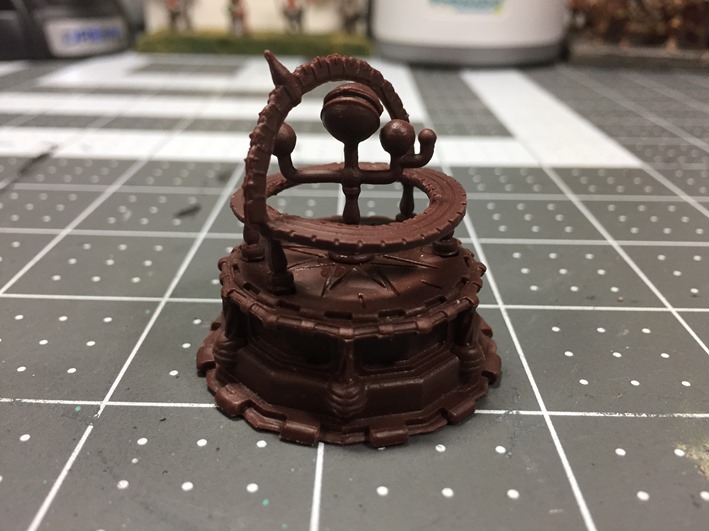 Not a complete unboxing, but everything looks cool.  A lot of it will be useful for multibasing units and as extra decorations for terrain.

Master of the Lair

Here are the better pics of my Rhordia I took. Full army shot.  The display turned out better than I was expecting it too.  I got a lot... 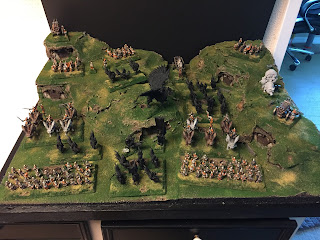